How to profit from the ‘Petrov effect’ 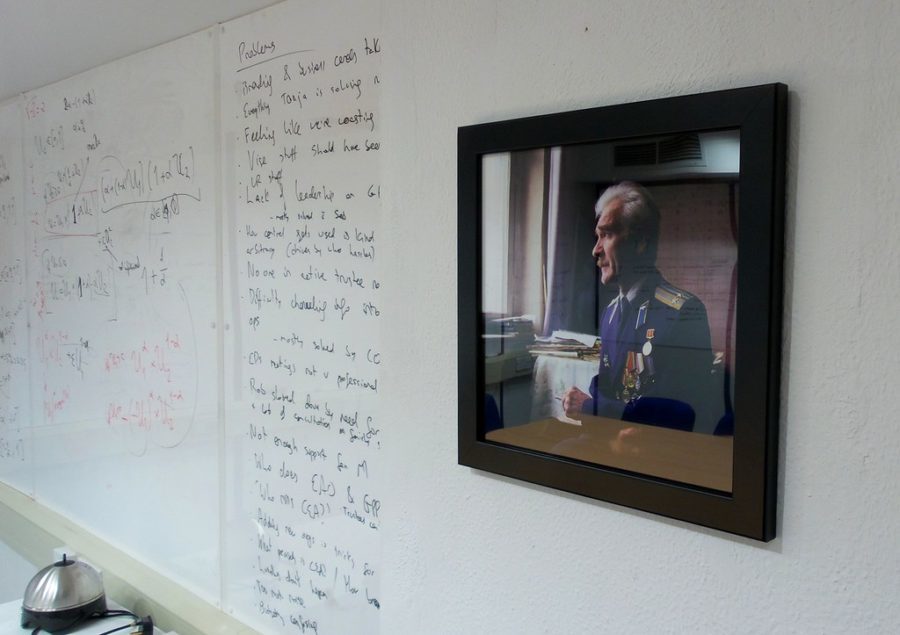 As traders we’re taught to perform in an almost robotic way.

We each have our system for approaching the markets and here are many different systems.

But is such a ‘mechanical’ way of doing things really best?

But I also believe the ultimate way of trading is knowing when to ignore your system by breaking the rules.

You can only do it once you know your system really well, when you know it back to front, inside-out and upside-down. There comes a point where you start to feel the trades.

Call it instinct, intuition, gut-feel… or whatever else you like. But something powerful clicks in your mind and, trust me, you’ll know it’s happened!

The best example of this mysterious skill makes trading look like child’s play.

So imagine what these skills could do in the hands of a trained and willing trader.

One man with the power to unleash World War 3

Let me set the scene…

Petrov was the man in charge of a Soviet early warning system designed to detect incoming missile attacks from the West.

His briefing was clear – in the event of a detected attack, he was to press a button at the side of his command console.

It would trigger the launch of an unstoppable counter attack, specially designed to avoid the need for any further human interaction.

The launch sequence could not be stopped. It meant even if the Soviets were badly hit, they could still wreak their revenge on the West.

So picture the scene on the night of 26th September 1983…

Tension was already at an all time high. The Soviets had shot down a passenger jet with a US congressman on board. But Petrov’s heart must have gone double-time when all hell broke loose on his early warning system…

Five ballistic missiles had been detected heading directly for Russia from the US!

All his military training told Petrov to press the button, but something made him pause and think. His intuition, his gut-feel, was telling him something did not quite stack-up.

If the US had deployed an all out attack, why were they only sending five missiles? It just didn’t sound like a well conceived offensive strategy. A five-bomb attack would barely scratch the surface of the Soviet war machine. And the Russians would immediately gain a huge upper hand when they launched the blanket counter attack.

No, that didn’t sound like a genuine US threat at all.

So Petrov didn’t do it. With incredible presence of mind he made a decision that saved the world.

His readiness to do ‘nothing’ saved the world

With claxon alarms wailing, and flashing lights going off all around him, he reported a ‘false alarm’. And then I’m sure he crawled under his desk to sweat out the next quarter of an hour. If he’d called this wrong the US missiles were due to hit their targets within fifteen minutes!

But nothing happened. And with a sigh of relief and a few nervous laughs the crew at the early warning command post began to turn the alarms off and reset the systems. An investigation later revealed it had indeed been a false alarm; a gremlin in the system had simply taken a bad radar reading.

Petrov kept quiet about what happened for over ten years, but after the collapse of the Soviet Union his story reached the West and he received several awards as well as recognition as “the man who saved the world”.

How you can apply the ‘Petrov effect’ to your trading

Now this might seem like a bit of a random story to be telling you today but I’m simply fascinated by the way the human brain can bring seemingly invisible factors into the decision making process and literally make all the difference in a life or death situation.

When you’re trading Forex the stakes are never going to be quite as high as all-out nuclear attack. But as the market ticks up and down, taking your position for a ride, the adrenaline can flow and the fight-or-flight mechanism in your brain can activate. It can all certainly affect the clarity of your judgment.

But you can also use it to your advantage…

In fact, I think listening to your heightened intuition could be the ultimate way to trade. It shows your mind and body are perfectly in tune with the way the markets are moving. You’d simply allow your subconscious ‘computer’ to spot the hidden patterns and trading ‘tells’ the market is revealing.

The problem is of course, there’s no shortcut to be able to trade like this. You can’t just snap your fingers and make it happen. But the good news is there’s a simple three-step process you can use to help you spot when your own trading intuition is ready for action.

How to start developing your own intuition into a razor-sharp trading tool:

1. Know exactly how and why your strategy works. You do need a starting point – a proven strategy that gives you a positive edge to begin with – and you need to know exactly how and why it works so well. That’s what’s going to give your brain the essential background information to work with. Like Petrov and his intimate knowledge of the way his early warning system worked, you need to know what the rules are before you know when to break them.

2. Put some serious practice time in. Next, you need to build a data bank of raw data. You need to expose your mind to the way the strategy works in real market conditions. This is what’s going to enhance your brain’s ability to detect otherwise unnoticed patterns. It can then help you ‘tweak’ the strategy with your intuitive modifications.

3. Start listening to your gut feel. Finally, once you feel like you know the strategy inside-out, start to make notes of any intuitive feelings you receive as you trade. Don’t take action off these feelings just yet, keep a ‘shadow’ record of any actions you would have taken, and compare them to the hard results of the strategy over a couple of weeks or months. Once you’re sure your mental computer is in tune, test your gut-feel in real time.

Please do go steady and maybe trade at smaller size as you first test out your intuitive trading skills.

But start to notice how your decisions are affecting your results…

Are they keeping you out of a few trades that would have gone bad? Are they helping you find good opportunities that fall slightly outside the criteria of a ‘system’ entry order?

Do you get a tingle that tells you to pull your profit taking order and let the trade run for all it’s worth?

It’s a beautiful thing when it happens!

Trade safely and I’ll catch up with you next time