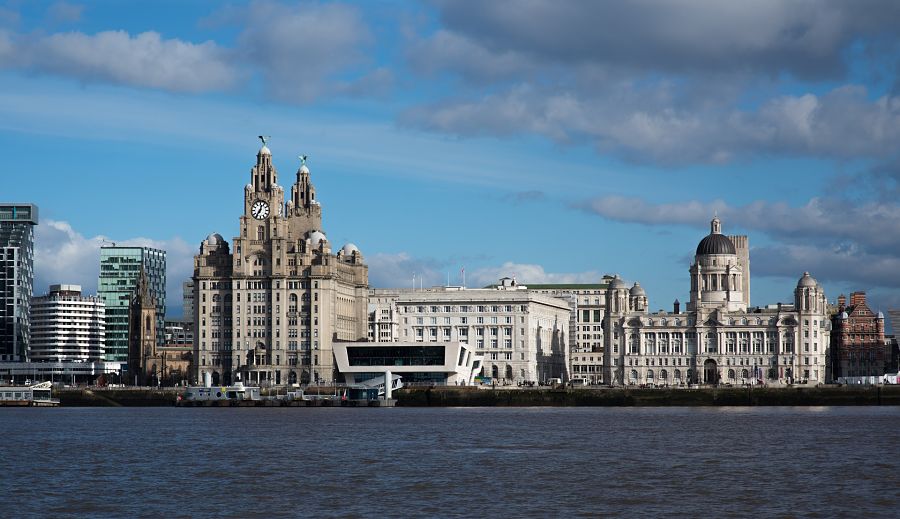 Did you know Liverpool had one of the very first futures exchanges in the world?

You probably knew that importing and exporting was a big part of the city’s success in the nineteenth century. And sadly, the slave trade played a big part too.

But I had no idea of the underlying history of futures trading there, and it’s only 25 miles from where I live!

I love delving into the history of trading so it really grabbed my attention. The things you learn from the past really hammer home how trading can, and almost always should, be kept to a simple process.

The fact is fortunes have been made in the markets consistently – right across the last two centuries – no matter how primitive we consider the technology of the day.

So anyway, on the outskirts of Liverpool there are some big houses at the end of the dock road.

They look a bit sorry for themselves now… all boarded-up windows and stripped roofs. But that’s where all the wealthy merchants used to live.

And it turns out a few of them were also speculators at a time when Liverpool had some of THE leading physical and futures commodities markets in the world.

Grain, sugar, coffee and spices were all traded there as Liverpool took a competitive edge over London: Trans-Atlantic shipping could sail straight into the sheltered port at Liverpool and shave a day off the journey to London.

But it was the boom in cotton processing in the mill towns around Liverpool that really put it on the map.

Traders there even worked a forerunner to futures contracts – cotton was sold to ‘arrive’.

These ‘arrivals contracts’ would specify the commodity and the quantity, as well as the departure date and the port it would sail from, and some contracts even named the ship that would carry it.

So without missing a trick, a secondary market soon sprang up. Traders began buying and selling the paper contracts between them – speculating on the rises and falls in price rather than waiting for the commodity to actually arrive on the dockside.

Outrageous fortunes were made by ‘arrivals’ operators during the American Civil War. Fast ships called ‘blockade runners’ were built on Merseyside. They could outrun the Federal navy ships and get the cotton safely back to Liverpool.

And this really blew open the commodity markets

You see, the difference between a futures contract and an arrivals contract is futures only specify the grade the commodity had to achieve, a delivery date and a location.

They had gotten rid of the limitations of having to identify and track the individual shipments.

So the Liverpool Cotton Exchange opened for business in the 1870s and quickly became the leading cotton futures exchange in the world.

And I just love this part of the story…

The entire cotton market operated in the paved square outside the Exchange, in all weathers!

The brokers had offices inside but they preferred to swap their information and gossip out in the open.

I suppose it makes good sense. They could all see who was active in the market, interested parties could easily find each other and information could be passed along and priced-in quickly. I suppose it was a natural predecessor to the trading pit.

The brokers were only tempted back into the building by the arrival of the telegraph machine. It could get information and reports from the field quicker. But many didn’t trust the new-fangled technology.

Even though the Exchange threatened to expel any member that conducted ‘dishonourable or disreputable dealings’, there were still cases of corrupt telegraph operators paid off to relay incorrect prices to rival firms.

Depravity is ever present among a certain element of the market. Some things never change, hey?

So for a while physical mail was the only trusted source of market data. If you wanted to get reliable reports on the cotton crop, overseas pricing, or what have you, you’d have to wait until a letter arrived from your contact across the Atlantic.

Can you imagine the anxiety some of those traders must have gone through?

The fate of their fortunes hinged on the contents of a soggy envelope that could take weeks to arrive.

I thought I had it bad when my old dial-up modem used to drop out after 60 minutes, taking a few seconds to reconnect!

But do remember, next time you feel tempted by bright shiny gadgets, it isn’t always necessary to be at the cutting edge of technology to get ahead.

And that goes for all areas of modern life, not just trading.

I remember a time when I used to fax my orders in to my broker. And I reckon it would be just as effective today for trading the end-of-day timeframe.

I’d like to say sending orders in by mail – like the old Liverpool traders did – would be just as effective.

But can you imagine the puzzled expression at the brokers as they opened your envelope? They probably don’t even have a procedure for dealing with something as old-fashioned as orders issued with pen and paper!

It’s a pretty big week ahead for scheduled reports: interest rate decisions, US job numbers… it’s all stuff that can move the markets, fast.

Plus we’ve got the US presidential election looming!

So keep your wits about you, trade safely, and catch you next time.