The wonky 3-legged stool of trading 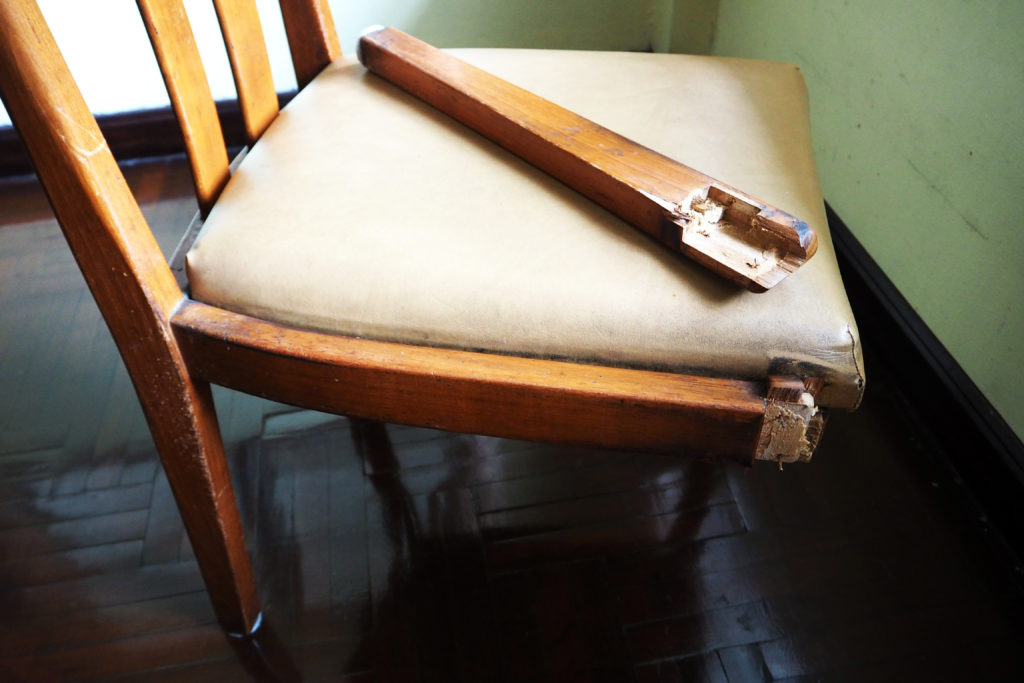 I’ve been doing some work on trading Mindset this week.

It’s for the ‘Campaign Management’ module of my new strategy (more on that to come in a minute).

Now traders typically put all their energy and effort into ‘Method.’

You know the kind of thing I mean: Method is the nitty-gritty fine detail of how to find trades in the first place.

But trading is a 3-legged stool and Method is only one of those legs.

And to be honest it’d be a bit of an odd looking stool, because the Method leg would be a mere stump compared to the length of the other 2 legs!

The Money and Mind legs are representatively longer because they are far more important aspects of a holistic trading approach.

Here’s how the length of those stool legs might look side-by-side: 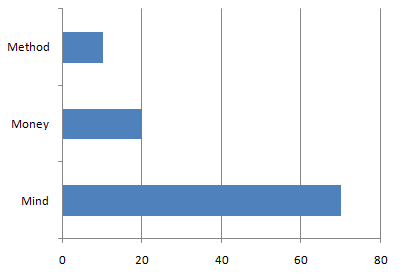 So today I’ve boiled down my idea of a winning trader’s mindset to 5 core ‘building-blocks’.

I can picture myself struggling to come to terms with each of them in my early days.

Here’s what I’ve got for you…

The Five keys to a winning trader’s mindset

1) Rock Solid Self Discipline. Despite what you might think, people aren’t born with natural self discipline. Even ramrod-backed military officers had to learn to apply themselves at some stage.

Self discipline is all about identifying a goal or target, and then applying the magic key: developing the right mental framework that sets you on the road to achieving it, even when actions you need to take go against what would feel most comfortable.

The discipline mistakes many traders make seem to come once they’ve got a little bit of experience under their belt. They’ll start over-riding the trading signals their system generates based on what they ‘think’ the market is going to do. Any mathematical edge inherent to their system is cast aside the moment trades are missed, or other ‘non-system’ trades, are taken.

The ability to take an almost mechanical approach, at least while the trader is getting his first campaign underway, is an essential stage of the trader’s apprenticeship. That’s what helps set the stage for good trading discipline for years to come.

When you suffer a run of losing trades, or see the market turn immediately against your latest trade, you can almost hear the sniggers of the big-boys as they take another scalp. But it’s all in your imagination. The truth is the market doesn’t care whether you’re making money or losing money. It’s too busy roaming around on its voyage of ‘price discovery’ to care.

Now keeping a healthy perspective on losing trades does need a bit of focused attention. But if you can’t distance your ego from the results your strategy is giving you’re almost certain to shoot yourself in the foot through revenge trading, or through a fear based inability to pull the trigger.

Profitable trading is not a difficult equation to follow. You simply need to make more money on the trades that win than you give back on the trades that lose. There’s no need to aim for impossibly high levels of accuracy. Would it surprise you to know some of the most successful traders win on ‘only’ 40% of their trades?

4) Keeping a carefree state of mind. I wouldn’t dream of underestimating how tricky maintaining a carefree state of mind can be when your hard-earned money is on the line. But like many things in the markets, the ‘right’ way to do things is almost the exact opposite of what you’d think. To let your trading bank snowball into a sizeable sum requires a certain devil-may-care attitude. I’m not talking about being reckless, but you certainly must be willing to embrace risk.

You’ve probably heard the saying “scared money never wins.” So make an effort to take the opposite stance instead (remember, we’re aiming for carefree not careless).  And if you can avoid micro-managing your positions it’ll help keep you available to opportunities that run-on for big profits instead of being left on the sidelines.

Gaming corporations spend billions of dollars a year to attract punters to the bright lights of their Las Vegas casinos. If you’ve been, you’ll know what I’m talking about. It’s a truly eye-opening spectacle. But how do they justify spending all that money enticing people to participate in gaming events that have purely random outcomes?

That’s right: they know well the mathematical probability of every single game in the room swings very much in their favour, guaranteed.

They don’t worry whether they should accept a bet from this particular high-roller, and they don’t bat an eyelid when a little old lady pulls the handle on a one-armed bandit and hits a six-figure jackpot. All they’re interested in is keeping the cards flopping, the roulette wheel spinning, and the slot machines whirring because that means their proven edge in constantly being put to work and they’ll always come out ahead.

You know… money you can actually withdraw from your account and spend!

Trading a brand new strategy that runs on probability, brushes losing trades aside as trifling inconveniences, and helps build your rock solid self-discipline which can serve you in the markets for years to come, all the while ‘snowballing’ regular profits into big returns over time…

Then keep an eye on your emails this week.

Your Invitation to join me in trading the ‘4th Dimension’ is fast approaching.