Why you should be wary of ALL trading advice 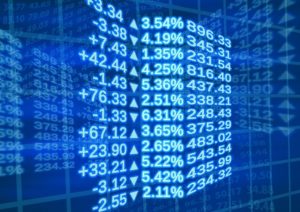 I’ve another client question to share with you this week.

This one will give you a deeper insight into the results other traders are achieving. And it could also help you steer your way out of a nasty mind-fog if you ever find yourself in a similar position to Jim (I’ve changed his real name to protect his privacy).

Here’s how he describes the situation:

Jim has two strategies he uses…

The first is a EURUSD method. It trades the 60 minute chart and it holds positions for between one and twenty days.

When he gets into a trade he looks for 1:1 reward to risk on half his position. He then lets the other half run on, looking for a higher return of 2:1.

He did nine months of demo trading with this before taking it live. His tests recorded paper profits of 4610 pips.

But he’s also got a second system…

This one trades USDJPY. He’s based in Australia so he gets good access to the Asia sessions in his home time zone.

He averaged 280 pips per month on his demo with this second system and then traded it live for a further two months. He tells me it has netted him $12,000.00 in cash.

Now then, how many traders do you think would give their right arm for Jim’s results?

Quite a few I bet!

So what’s the problem here?

You see, he started attending free webinars that his broker lay on as part of their training material. And then he got to know one of the presenters pretty well through the on-screen chat.

So as soon as he’d got these impressive live results tucked under his belt he pinged over a message to share the good news. (I think there was an element of approval seeking at work too!)

But when the reply came back ripping his results to shreds, telling him this is not how they (the broker) want their webinar students to trade, Jim went to pieces.

The broker told him how his risk to reward ratio was all wrong, and how the ONLY way to trade is to target twice as much as you risk.

They got him to rework his strategies to try and fit around THEIR ideas. And now Jim doesn’t know whether he’s coming or going.

Here’s what he says:

“Now normally I wouldn’t worry about this and just go on trading.

“However, as you know, emotions play a big part of trading and now he has planted the seed of doubt.

“All last week I found myself second guessing and stressing that maybe he’s right and to be honest it’s really screwing with my head.

“I have spent a long time working on these strategies to get them just right and now I’m starting to feel like I’ve wasted my time.”

Talk about a kick in the teeth!

It can be tough enough to find a strategy that fits your personal requirements at the best of times. But then to have your profitable efforts slated by someone seen as an authority…

Well, it makes you wonder what’s behind it all, doesn’t it?

Questioning the motives of the broker by offering free training in the first place is one thing. Think about it, they’re always going to promote a style of trading that benefits THEM in some way. But why shouldn’t you trade however you damn please?

The good news is that you are free to do just that. You can – and should – trade in a way that suits you best.

But you shouldn’t take this freedom as license to run amok. You still need to make sure any strategy is effective before you risk your money!

Start with a proven strategy. Get used to the method behind it and watch the results it produces. And then start to experiment with putting your own twist on things. That’s the best way to come up with a tailor-fit trading system.

Don’t try and reinvent the wheel. But don’t let yourself get boxed-in by other people’s opinions either.

The beauty of trading is instant feedback

Want to know how effective a particular system is? That’s simple, load some funds into a small test account and get to work. The market will soon tell you if it’s viable or not.

If it’s a higher frequency method you’ll know whether to pursue it further or pull the plug in around two weeks. And you’ll be able to tell in an easy way – by looking at the bottom line of your brokerage statement.

And that’s the beauty of this business. There’s a transparent way of keeping tabs on your progress. The money keeps score for you.

But not money at all costs… You’ve got to consider your health, too.

Tune-up your performance by all means, but not to the extent you’re losing sleep or feeling frazzled by stress.

Dial things back one notch from the high-level stress point and you’ll hit your own personal sweet spot. It’ll be different to other people so don’t feel like you have to compare your results.

There’s no one-size-fits-all in the markets

Now there are only four key elements you need to consider when evaluating a trading system:

Combine these four things together in various ways and you can come up with all manner of trading styles of trading that get good results.

And think about it, if the ONLY way to trade was to enter at a specific point and then exit with a 2:1 reward to risk it would be impossible to trade. There would be no market because no-one would be willing to take the other side of the trade. Everyone would be trying to do exactly the same thing at the same time!

So whereas taking the 2:1 ratio is a well balanced approach, it’s not the ONLY way.

For example, one of the Bond strategies I used to trade was the opposite way around. When it took a losing trade it lost twice as much as it won on a positive trade.

So even though it hurt to take a loss or two in close succession, the money was always there if you could hold your nerve.

Don’t trust anyone’s opinion but your own

Now this might sound a bit harsh, because there are plenty of well-meaning people out there offering advice and opinion. But you’ve got to take any piece of trading information – whether it comes from me or anyone else – and give careful thought to its merit.

You need to decide whether to cast it aside as useless to YOU, or slot it into your evolving personal knowledge-base as a useful tool.

And if you are keeping it, make sure you put it to the test.

Remember, in the markets only one thing tells you what’s right and wrong. And that’s the result you see on the bottom line of your own statement!

British interest rates and rhetoric from Mark Carney is one to watch on Wednesday. And then US job numbers should perk things up a bit on Friday afternoon. Keep an eye on the clock if you’re holding positions around lunchtime!