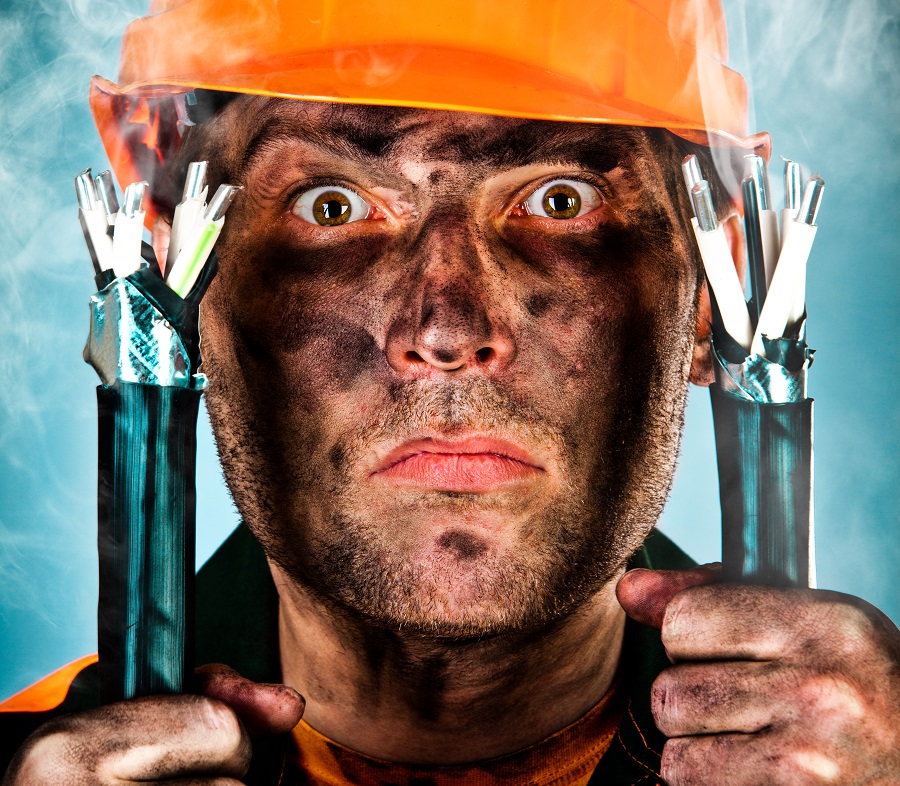 It all started when Austrian financier Michael Marcovici kicked-off an odd art project.

He wanted to show how highly paid jobs could eventually be replaced by machines.

But I think even he was surprised by the results achieved in the end.

2) An ability to act with discipline

And he believed these skills could be performed just as well, if not better, by more humble entities than human traders.

His point was it shouldn’t require a remuneration package the size of a small planet to successfully do battle with the markets. And with tongue firmly in cheek he drafted in a team of novice Forex traders to put his theory to the test.

Only they weren’t the wannabe whiz kids you might have expected.

No, they were a colony of laboratory rats. 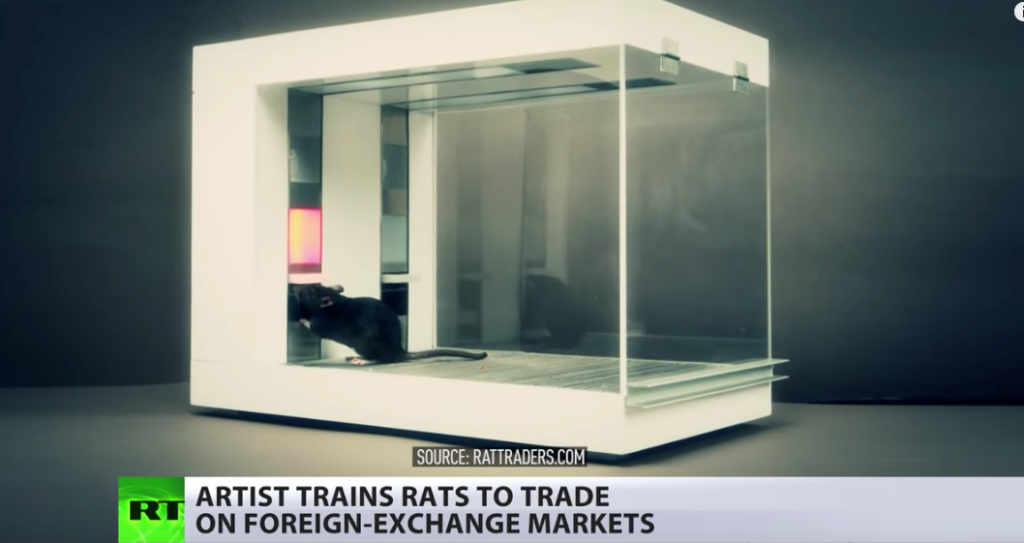 And as it turned out, the experiment went pretty well.

I think there was a bit of social statement being made here too (remember this started as a pure art project). His choice of rodents (whom he named Mr Lehman, Mr Morgan, Ms Kleinwort etc…) to represent bankers seems significant in the post credit-crunch economy.

But word has it the hedge funds and institutions are sniffing around and are interested in recruiting their very own team of Marcovici-trained rat traders.

Sounds too incredible, I know. Can it really be true?

How to train a rat to trade your Forex account

So first things first, just how on earth did Marcovici teach his rats trading skills to begin with?

He says his first batch of test animals turned out good in their own right, but the sub-species really came into their own in later generations. The money making gene just got stronger and stronger. It makes his lab team sound like the de Rothschild’s of the mammal world!

He developed his super strain of rodents with a 3 step process:

Obviously there was no way he’d get his rats following candlestick charts on a screen like you and I, so Marcovici had to find a way of manipulating the market data into a format the rats could relate to.

And here’s the clever bit… he’d discovered from third-party research that rats are fond of the piano (or at least they respond to piano music) so he went about turning trading data from the EURUSD futures contract into piano sounds.

He called the transmissions ‘ticker tracks’. He used changes in pitch to relay increases and decreases in price, and changes in sound modulation to transmit volume data i.e. the frequency at which the trades took place.

The rats were then installed in their little glass boxes with the piano sounds piped in through speakers. They now had the rodent equivalent of a multi-screen trading rig.

Step 2: Teach the rats to trade

The rats were then trained to press a green button for ‘long trade’ and a red button for ‘short trade’. They made their calls in anticipation of the next movement in price (or the next phase of ‘piano music’ in the pattern as they saw things).

Call it right and they were rewarded with food.

Get it wrong and they received a small electric shock (I know, not very nice).

Some of the team were soon performing very well and showing strong skills. “The good rats got fat very quickly”, says Marcovici.

So by now, they had been trained to recognise and react to a ‘playbook’ of price patterns and the strength of this arrangement is how the focus is purely on pattern recognition. There were no outside influences affecting the rat’s judgement.

Whereas us human traders would be bombarded with potential threats to our self discipline: the common emotional struggles against greed and fear as soon as we bring money into the equation, the financial media promoting their skew on likely market movements, preconceived directional biases we might already be carrying into the trading day etc… the rats were left entirely to their own devices in the harsh, but arguably purer environment of food V’s electric shock.

And after 12 weeks Marcovici had four outstanding performers on his hands. Mr Lehman, Mr Morgan and Ms Kleinwort had now been joined by a new colleague: Ms Coutts. He says at this stage the 4 rats were outperforming leading fund managers with their market calls.

The four of them were then entered into the elite trader’s breeding programme (I know, it all sounds very grubby doesn’t it?) and the trading acumen of their offspring was eagerly anticipated.

20 days later and 28 new trading rats were on the scene and ready to enter the program. They were quickly trained and tested and Marcovici says the results “were outstanding”. The second generation of top traders delivered an even better performance than their parents.

Now I’ve seen various sets of statistics regarding the rat’s trading performance but none give a totally transparent insight into how good they are. And if he really is onto something good you can’t blame Marcovici for keeping some secrets to himself.

Of course, the hoodwinking and reeling in of over-eager financial institutions could be part of the desired artistic effect. I guess you’d never know for sure until you’d seen Marcovici’s rats in action for yourself.

Oh, and one small drawback – the rats do get tired and need to rest after 10 minutes of trading so you’d need a lot of them. And with a lifespan of a year or so, you’d better squeeze the most out of your top performers while you have chance too!

So I’m not totally convinced about the rats. But that food V’s electric shock environment is intriguing to consider.

Can you imagine how quickly you might pick up the ability to recognise patterns, and respond to them correctly, if your physical survival depended on it to the exclusion of everything else?

Forget the ego games and discipline issues traders are sometimes troubled by. That stripped-to-the-core scenario would really focus your mind on what’s critical!

In fact, it’s got the makings of an elite trading program for human traders too.